A Celebration of Early Music in Limerick

Every year on the 21st of March is Early Music Day, celebrated on Bach’s birthday. The Limerick Early Music Festival (LEMF) takes place on the weekend closest to Early Music Day in different venues across the medieval city of Limerick. The city’s location at the mouth of the River Shannon gives it an ‘Atlantic Edge’ at the same time that it looks towards Europe and the world in a positive and multicultural embrace.

Historically Informed Performance, or “HIP”, has typically been—and very much still is—about making informed choices about performing Western Classical music from the early Medieval to the late Romantic—or about 900 to 1900—using what we know about history and social context. It is not about an unattainable (and over-claimed) ideal of “authenticity.” HIP responsibly researches history and culture in order to move forward and make informed and artistically sound decisions about performing music (and other art forms, such as dance and theatre) in the present. It seeks not to recreate the past, but to create a meaningful and moving experience for audiences today.

LEMF’s goal is to promote early repertoires from around the world on period and modern instruments. We also support new music performed on historical instruments. With these goals in mind, we aim to build bridges between and among cultures and celebrate a rich continuum of over a thousand years of music-making.

Limerick embraces the diversity of its history and its present, mirroring the transformations happening in Ireland and Europe. We at LEMF are a part of this transformation: we want to explore the many facets of Historically Informed Performance around the world, as well as represent the variety of our fellow artists, collaborators, and concertgoers. We want everyone who wishes to enjoy and take part in this cultural treasure, to do so—and we want to bring that access to everyone.

Limerick Early Music Festival’s founders and directors are Yonit Kosovske and Vlad Smishkewych. Yonit is a keyboardist performing on harpsichord, modern piano, fortepiano, and chamber organ. Vlad is a tenor vocalist and radio announcer at RTÉ lyric fm, and general manager of Resurgam Choir. We have been performing and recording early music and contemporary music since the 1990s as soloists and as chamber artists. Limerick Early Music Festival is a production of Now and Then Media, which promotes performance, teaching, and research through historically informed concerts, courses, and media in order to increase early music study and audience reception in Ireland, particularly in the Limerick area.

Supporting Early Music in Ireland, Now and Then Media engages the public through H.I.P.S.T.E.R. (Historically Informed Performance Series, Teaching, Education and Research) with concerts, courses, and a wide network of professionals. Members of the Irish Early Music Network.

H.I.P.S.T.E.R. is on social media and also can be found online at: hipsterireland.com

National and Europe-wide early music events will be listed at the official website for the European Day of Early Music, earlymusicday.eu, coordinated by REMA, the European Early Music Network: rema-eemn.net

Made possible with the generous support of: 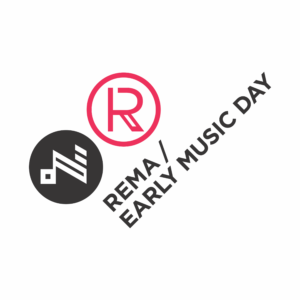 We use cookies on our website to give you the most relevant experience by remembering your preferences and repeat visits. By clicking “Accept”, you consent to the use of ALL the cookies.
Cookie settingsACCEPT
Manage consent

This website uses cookies to improve your experience while you navigate through the website. Out of these, the cookies that are categorized as necessary are stored on your browser as they are essential for the working of basic functionalities of the website. We also use third-party cookies that help us analyze and understand how you use this website. These cookies will be stored in your browser only with your consent. You also have the option to opt-out of these cookies. But opting out of some of these cookies may affect your browsing experience.
Necessary Always Enabled
Necessary cookies are absolutely essential for the website to function properly. These cookies ensure basic functionalities and security features of the website, anonymously.
Functional
Functional cookies help to perform certain functionalities like sharing the content of the website on social media platforms, collect feedbacks, and other third-party features.
Performance
Performance cookies are used to understand and analyze the key performance indexes of the website which helps in delivering a better user experience for the visitors.
Analytics
Analytical cookies are used to understand how visitors interact with the website. These cookies help provide information on metrics the number of visitors, bounce rate, traffic source, etc.
Others
Other uncategorized cookies are those that are being analyzed and have not been classified into a category as yet.
SAVE & ACCEPT